To misquote Elvis Costello, “What’s so funny ‘bout Peace, Love and”  Innovation with a ‘Capital I’?

The reason I ask is, well… it seems to be something of a contentious subject. But hey, for a blog, I reckon that’s a good thing. Its the Lindsay Lohan side of blogging… at least they’re talking about it!

Seriously though, I have been really pleased to see the great number of people who are commenting on and discussing ‘Capital I’ Innovation, since the posting of Part 1 of this series last week. Apparently many readers are pleased that there is finally a ‘banner’ they can carry as they strive to stride forward.

There have also been those who have felt it necessary to remind me that there is nothing wrong with ‘little i’ innovation – though their penchant for ‘kissing frogs’ is beyond me (do see Part 1 of this series for the outing of this particular ‘in’ joke) – I totally agree. There is absolutely nothing wrong with the ‘little i’s’, however, they’re not what gets my heart pumping.

‘Capital I’ Innovation is what gets my motor running; this has been the case for many year, irrespective of what genre the innovation comes from. Throughout my years in the media I consistently strove to find people who broke the mold, led the pack, moved their own particular mountains – and find them I did. I also found some common denominators between them.

Though totally diverse, there are things that link these people, for instance, though at times daunting, they are compelled to tell their truths. Whether we want to hear it or not. Though many of them may not see themselves as business people, they are all certainly entrepreneurs – consciously or otherwise – and they steadfastly maintain and protect their ‘brands’.

Some of them boldly go where no one has been before, and most of them are applauded for it.  However, not all are popular for their decision to take ten steps forward, when one would, possibly, have been enough. Certainly a baby step would be easier to sell than the strides they often take. And yet this does not stop them, nor even slow them down. Whether they want the accolades or not, it should be noted that some of them may have even changed the way we see the world, if only in a small way.

I believe that ‘Capital I’ innovators deserve recognition, not just for their innovations, but for the very fact that they have refused to bow down to banality and boredom while they avoid or ignore the labels thrust upon them – even if the label begins with a ‘Capital I’.

In no particular order, I’d like to tell you about some of my past favorite ‘Capital I’ Innovator interviews:
Madelaine Albright – I was extremely fortunate to have been able to spend some time with this most gregarious and engaging, thought provoking and thoughtful woman. It came as no surprise to me that she would be erudite, informed and interesting; what was intriguing was the warmth she exudes and her infectious sense of humour, which was present throughout our interview. 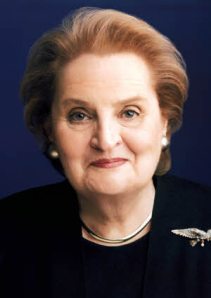 Terry Gilliam – I interviewed Terry the day after he had collected a Life Time Achievement Award at Amsterdam’s Fantastic Film Festival. As thought provoking as he is, I do believe I laughed more during this interview than any other, prior or since.

Tom Wolfe – It’s only fitting that I follow Gilliam, who worked with HST (and from what I understand, it really did feel like a whole lotta work!), with Tom Wolfe, ‘The Man in White’. When I met Mr. Wolfe, who did, yes, arrive in his ubiquitous, immaculate white suit, I had to continually remind myself that I was conducting an interview, and not having tea with one of the icons who, as a young woman, made me realize that I wanted to be a writer.

Brian Greene  – Going from fiction to fact in one healthy swoop (unless of course you are a card carrying creationist from back-yeller-holler) this particular thought leader stands out for me in the realm of science. 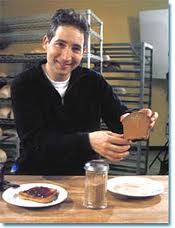 Nitin Sawhney – Speaking of strings, and music in general, London based Nitin Sawney is a standard bearer at the forefront of building bridges between Eastern and Western artistic genres and communities.

Eric Staller – live performances are what the installations of artist/inventor Eric Staller are all about. 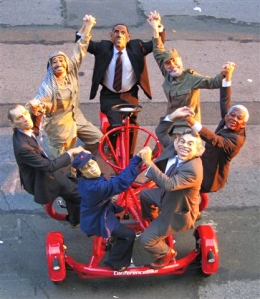 John Wood –  I cannot have a list such as this, without including a man who is all about change. The author of Leaving Microsoft to Change the World, which he did, Wood changed his life –and was soon to change the course of a myriad more lives. 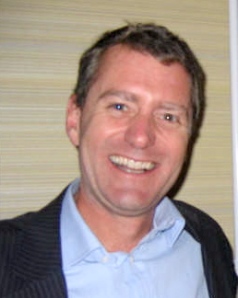 Thoughts of all of these inspiring innovative men and women make it particularly pleasant for me to, with today’s post, announce the launch of a new interview series, ‘The Capital I Interviews’.

These interview subjects come from a wide range of industries and crafts. They include technologists, futurists, artists and artisans, business leaders, market changers, venerated vintners, garrulous gastronomes as well as the great unwashed and underutilized. The group includes individuals who work in all types of circumstances, be they lone-wolves, or part of SMEs, large organizations or institutions. They are part of the public sector, the private sector. The only requisite is that ‘Capital I’.

I look forward to introducing you to this new group of ‘Capital I’ Innovators in the coming weeks and months.  The lineup is growing bigger everyday, and we look forward to delving into  a wide range of topics such as:

If you think we’ve missed something – don’t hesitate to let us know by posting a comment here.

I hope you join me in celebrating their successes, supporting them in their attempts, and standing together in our determination to move forward – together.