The life and times of Howard Rheingold encapsulate so much of our technological, online world, that at times it seems simpler to list what he hasn’t done, rather than attempt to encapsulate all that he has. That said, I shall attempt to corral a part of his wild ride into a few sentences.

To say that Howard is a freelance journalist is like saying that Steve Jobs sold computers.  Yes, he is, but that goes nowhere near encapsulating his influence over defining social media and virtual communities, which he began detailing in his 1985 work Tools for Thought: The History and Future of Mind Expanding Technology (revised in 2000) and 1993’s  The Virtual Community: Homesteading on the Electronic Frontier.

Howard’s influence and enthusiasm have not slackened, and his writing continues to interest and inform.  This writer, teacher, artist and critic was one of the first to understand and explain the potential of an online and engaged community, in his use of San Francisco’s Whole Earth ‘Lectronic Link (WELL) in 1993.   [The WELL is one of the oldest, continually running online communities.  Founded by Larry Brilliant and Stewart Brand (of Whole Earth Catalog fame), The WELL is currently owned by Salon.com.  An early site for the merging of online and counter culture, WELL was a well known meeting place for fans of the Grateful Dead – Deadheads – in the 1980s and 1990s.]

Howard has continued to be a thought leader in the technology, mobile tech in particular, and what effects it will have on society and individuals.  Net Smart: How to Thrive Online is Howard’s most recent publication [2012].  Within its pages, he shares the answers he has gleaned to questions he has been asking for many years: “how to use social media intelligently, humanely, and above all mindfully.”

I manage my attention. At the beginning of each day, I write down in a few words my two or three goals for the day — what I want or need to get accomplished. I put the piece of paper on my desk at the periphery of my vision. When my eye catches sight of the paper, later in the day, I ask myself where my attention is pointing and whether the way I am deploying my attention at the moment is helping me achieve my own goals.

At first, the exercise is nothing more than that — training myself to ask myself what I am paying attention to and comparing it to what I have decided I need to pay attention to. Repetition of this process grows a new habit of being self-aware of how I am using online media — mindfulness or metacognition. The best news about information-attention (infotention) training is that any amount of self-awareness of your media practices at all is far better than no awareness of how media are dragging your mind from place to place.

Will our learning to manage our digital presence enable Innovation in digital technology. And if so, how do you see this evolving?

Doug Engelbart, who invented much of personal computing and digital networks, wrote in his 1962 paper “Augmenting Human Intellect,” that humans are self-reprogramming, self-amplifying innovators through our use of “artifacts, methodology, and training.”

The artifacts (personal computers, communication media) have evolved multi-billion-fold since Engelbart’s time, but the language, methodology, and training — the literacy of using these media by billions of people — is evolving more slowly. 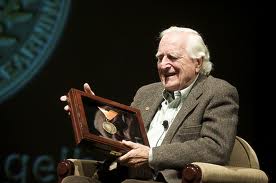 With virtual communities, smart mobs, and collective intelligence, we’re seeing the beginning of what people are learning to do with our new technologies. Most important is the lowering of barriers to collective action of all kinds: people will be able to organize and act together with others socially, politically, economically in ways, on scales, and in places never before possible.

Will true mastery of our digital presence require an Innovation of our neural networks be it within the context of dreams, meditation, and or awareness?

Dreams and meditation ARE forms of awareness. Knowing how to read and right is a highly trained synchroniztion of different cognitive capabilities. A similar highly trained synchronization of human minds, media, and social objectives requires a more widespread and sophisticated individual awareness of  how minds and media interact. From that awareness, innovations will emerge, just as they did after the literacies of writing, the alphabet, and print spread.

You can learn more about Howard via his website, Tweets and the Rheingold U site.  You can download an introduction to Net Smart here, and purchase a copy on Amazon.